The Island Life For Me

Once again, I apologize for the delay in posts. I've been on island time for the last 8 days which apparently moves slower than both the Chiang Mai and Pai time warps combined.
Although I was sad to say goodbye to Chiang Mai after two incredible months there, I was ready to venture out to another unfamiliar part of Thailand. I'd be lying if I said there wasn't a little apprehension mixed in with my excitement about leaving my comfort zone and going to a place with geography and people I didn't know, but regardless of my fears, I said goodbye to my guest house, 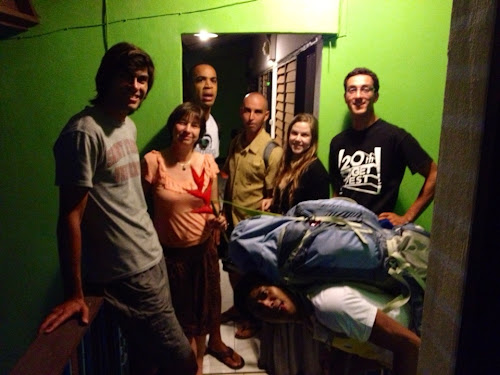 had one final dinner with friends, 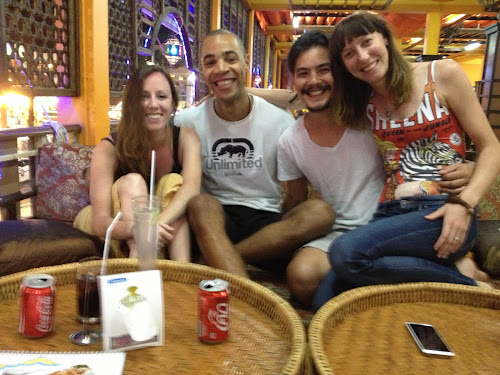 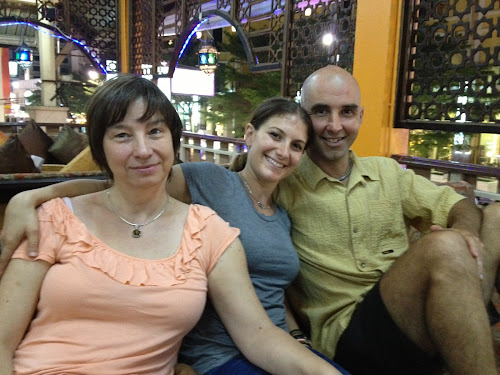 then strapped on my backpack and was caravanned motorbike style to the Arcade Bus Terminal where I *barely* made it on time for my night bus. (Lesson learned: do not separate your bags amongst friends on different motorbikes) 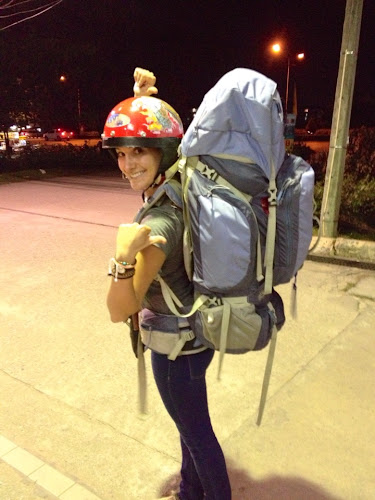 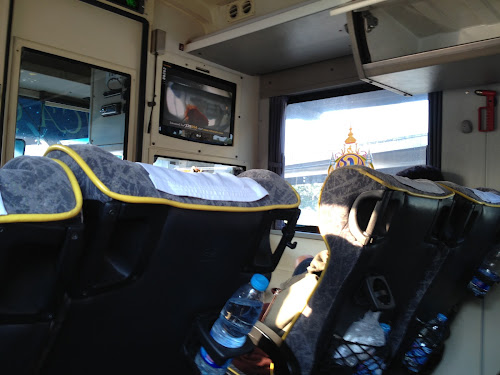 two taxis and a flight from Bangkok (no photos here because I hate Bangkok), another bus, a trolley and one ferry later, I said GOODBYE to the mainland of Thailand 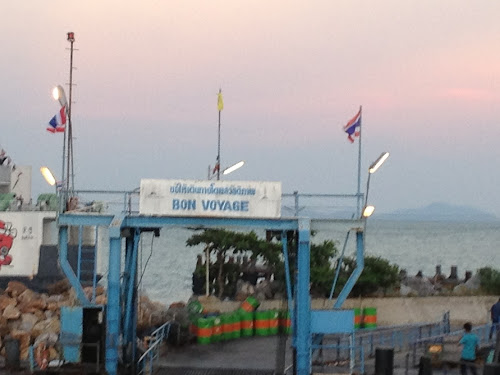 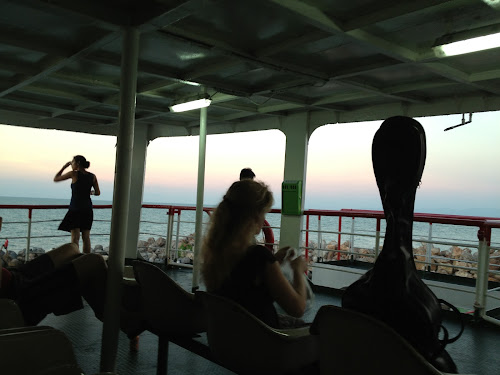 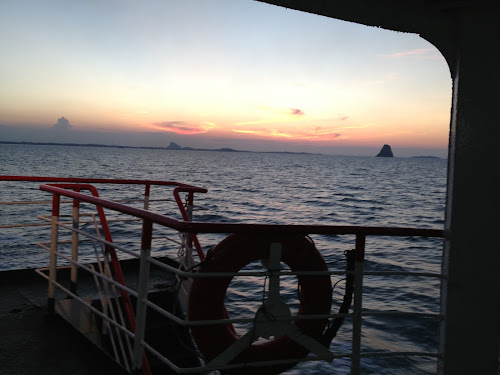 and said HELLO to Koh Phangan, a beautiful island in the gulf of Thailand that had been without electricity for five days.
Since I arrived around 9pm, I literally could see nothing except the Milky Way, so I threw caution to the wind and hopped on the back of a very nice motorbike taxi to ride the mountainous Coast Road to my bungalows.
The entire island was pitch black, so I was led by candlelight to my bungalow and fell asleep pretty immediately (there was no electricity/facebook to distract me from my slumber). The electricity came back to the island around 4am that night, but it went unnoticed in the morning, when the sun beamed brightly and I was more than pleasantly surprised to see my surroundings for the first time. 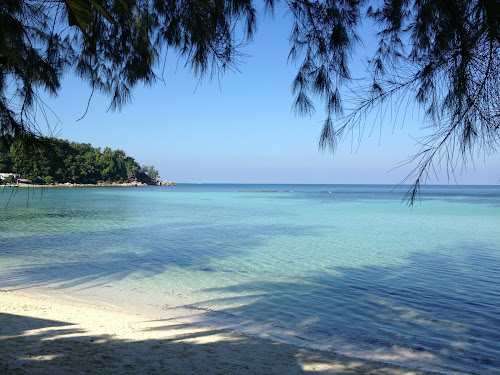 (My view over breakfast on my first morning)
One of my fears traveling to an island by myself was that I would be alone most of the time, but it was hardly any effort at all to meet the fantastic and laid back crowd that was also inhabiting the bungalows. I made fast friends with Xaida, a beautiful curly haired Spanish girl and Matt, a South African engineer living in Oxford. With the help/persuassion of my new buddies, I was convinced to attend the Half Moon Party that night.
Matt, three German boys and I were taxied in the back of a truck from the bungalows to the jungle where we dropped into an enormous party full of glow paint, 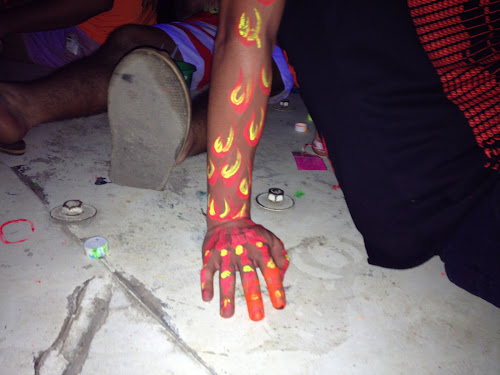 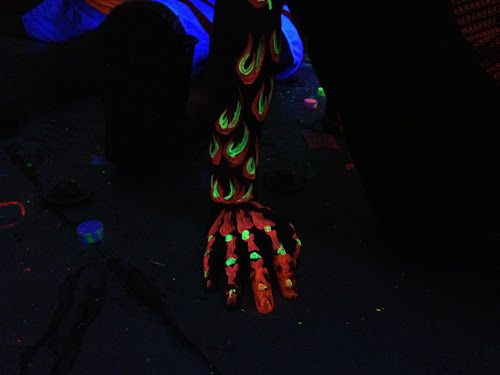 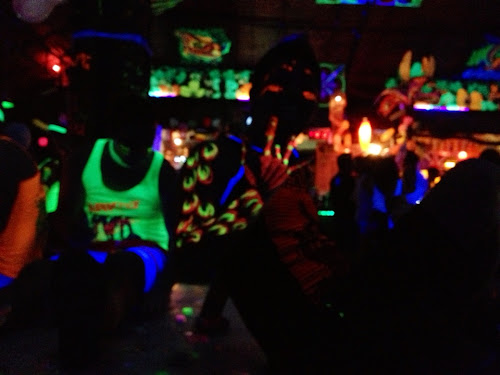 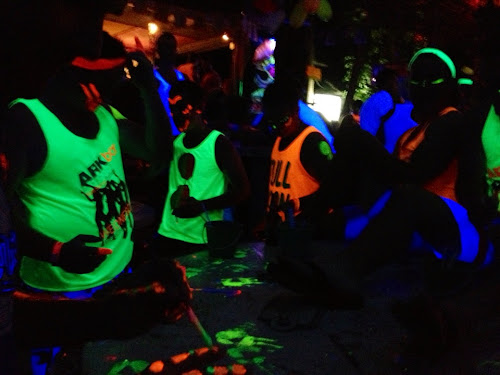 and a cranking DJ hanging from the sky. 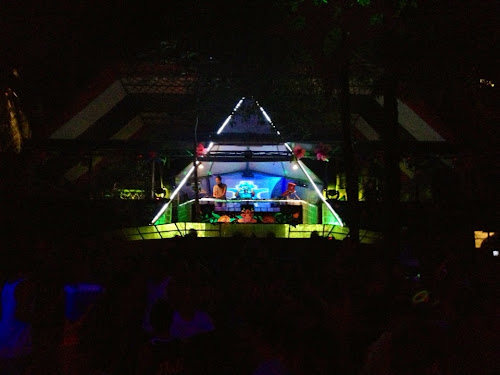 We got to work decorating ourselves with paint, 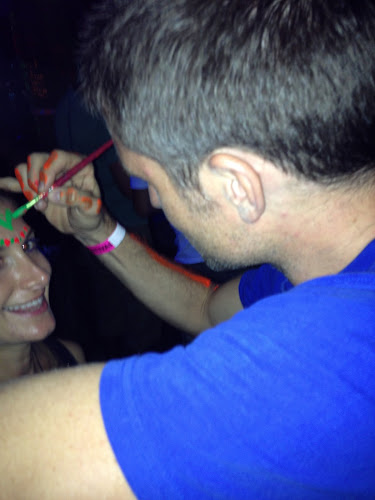 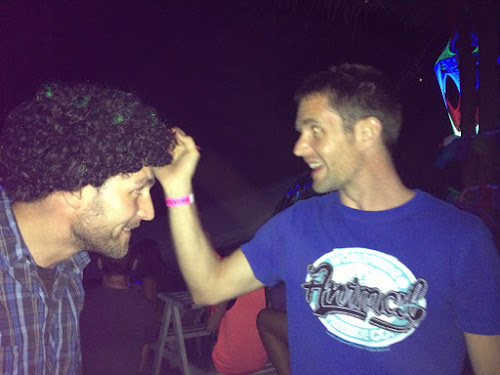 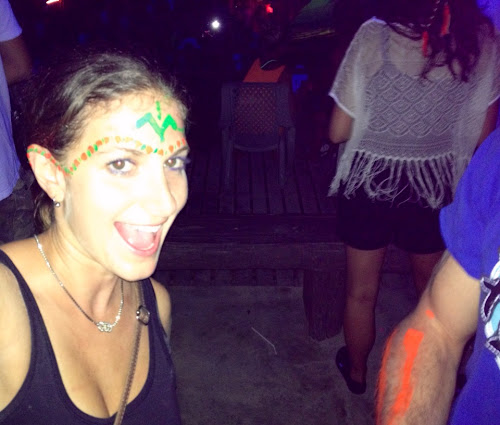 then danced all night long with hundreds of fun and good natured foreigners. 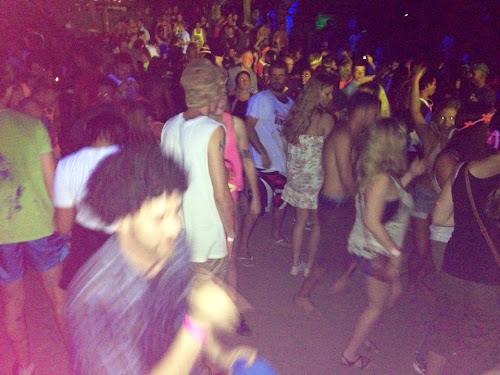 I left the party on the early end (around 5am) and was far outlasted by the German boys who stayed until mid morning. All in all, Half Moon ranked as one of the best parties I've attended.
I spent the next day (and pretty much every day after) chillaxing in a hammock by the beach, 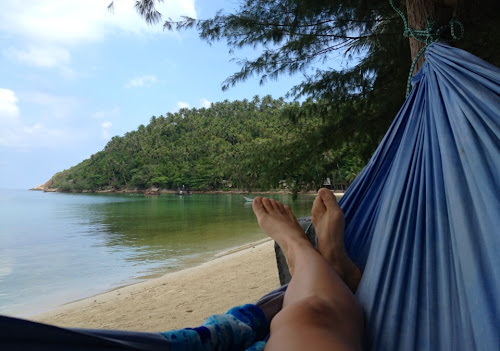 socializing with my new mates, 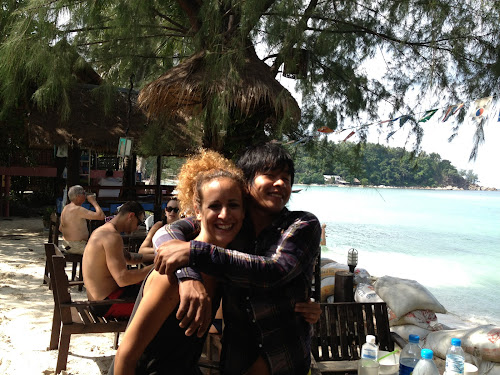 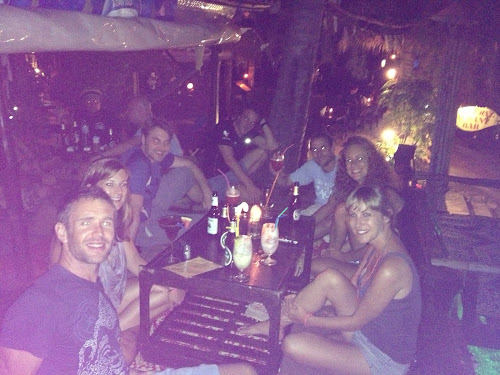 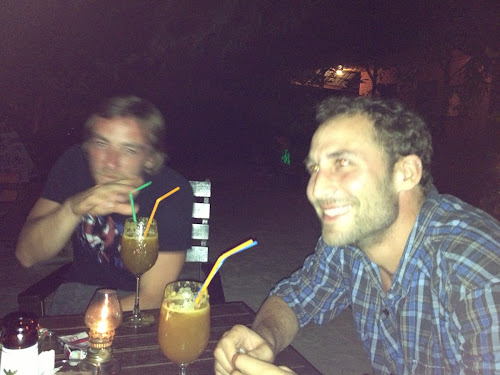 and listening to the musical stylings of 50 Baht, a Burmese boy/entertainer extraordinaire who works at the bungalows. If you go to my Youtube page, you can listen to him playing one of his original songs. 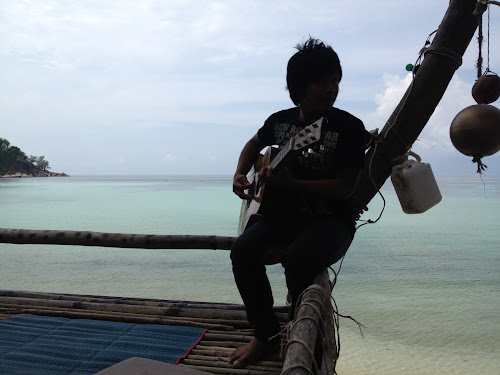 Although I had taken my talents of being busy doing nothing to a whole new level, I was able to squeeze in some time to practice massage daily and rent a kayak to go snorkeling with the German boys near our beach. The conditions were crystal clear and I happily floated amongst another exotic and tropical world.
Koh Phangan rose far above my expectations. Whether I was on the verge of tears with laughter, swimming with fallen coconuts in the crystal water or just sitting quietly in a hammock, I've once again come to realize just how spectacular and nuanced life can be. 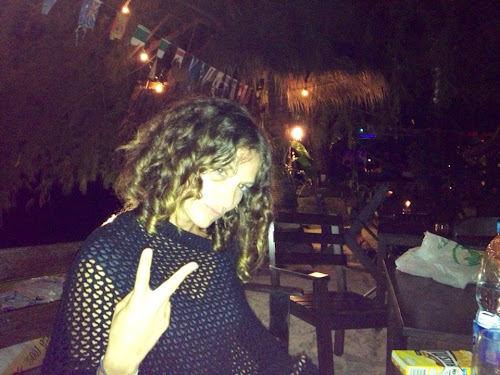 Posted by mylilbackpack at 10:33 AM

mylilbackpack
I acquired the nickname "my lil backpack" in college, but I didn't know how relevant it would be almost 10 years later when I decided to trade in my life as a New York City dweller and live out of a backpack in Asia. I intend to spend the next year of my life in the following ways: learning Thai massage, learning how to surf, learning how to ride a scooter (so I can eventually ride a motorcycle in NYC), practicing yoga, building my Shaklee business, smiling, dancing, singing and having a real gooood time. I'm ready for the ride...