It probably sounds strange to make this announcement from a blog, but I don't like to get too personal about my life on the internet. I tend to leave this forum fairly benign in an attempt to keep my personal space sacred. After all, it's fun to write entertaining compositions that my friends and family can tune into for the 5-10 minutes it takes them to read my stories. I imagine my writing may even provide one or two of my readers a small opportunity to unplug and escape the monotony of Facebook scrolling [because let's be honest, the majority of my traffic here is redirected from my Facebook posts]. However, the 5-10 minutes it takes my readers to skim through my prose is usually preceded by more than 15-20 hours of writing and re-writing. Sometimes I get the itch to write and I pound out a post in one fell swoop, but more frequently, these 15-20 hours are spread out over the course of many months. Hence my massive backlog in regaling you with travel tales from around the world. 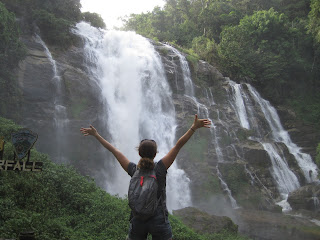 The truth is, my travels haven't stopped, but the effort it takes to leave out the true lessons learned from the road out of fear that I'll air out my dirty laundry for all of the world wide web to judge has become more cumbersome than my desire to update this space. Plus, the longer I wait to update between adventures, the harder it is for me to remember the fine and funny details of my journeys.

So why am I writing this all out now? Why not just let this blog fade away into a silent death of internet oblivion? Because my hope is that writing this post from an authentic and honest space will spark my desire to share publicly the things that make my heart beat faster.

With that said, I'll share two thoughts with you and call it a noche.

1. The Turning Point
Maybe I'm wearing rose-colored lenses when I look back in retrospect, but I seem to believe I've accomplished everything I put my mind to. Of course, the level of success surrounding these accomplishments are up for interpretation, but they've nonetheless been accomplished. I never struggled to believe that living my dreams was anything but the only option. My dreams didn't even seem like dreams to be quite honest. They were inevitable parts of my personality that I had no choice but to fully explore. Good or bad, this possible delusion allowed me to disregard the naysayers who often proclaimed, "you're too poor to explore" as a gospel truth, and soldier forward as the yogini warrior I am, busting through barriers and looking back at the carnage left in my wake way later.  Like I said, this wasn't good or bad, just what it was. 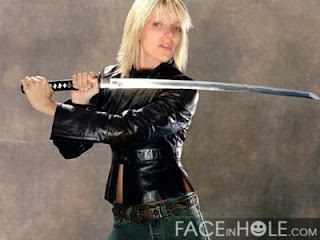 The rush I'd feel when I finally reached that "pinnacle" I'd set my eyes on was addictive, but fleeting. I didn't realize it at the time, but I was seeking meaning in very far-reaching and somewhat inconvenient places. I thought leaving New York and moving to a tropical jungle in Thailand would bring me happiness, but it didn't. So I shacked up on secluded beaches, threw any sense of my previous responsible patterns to the wind and danced wildly all night at parties that would last for 3 days in a row, thinking that would bring me happiness. But it didn't. I impulsively bought a ticket to India, thinking that studying with teachers and gurus in the Himalayas would lead me to a heightened level of awareness [read: happiness]. But, you guessed it...it didn't. I had an unquenchable urge to move to a remote island in the middle of the Indian Ocean, thinking that would hold the answers I was seeking. While there, I found the greatest love of my life while floating under cotton candy sunsets in a secluded lagoon, and you would assume that would definitely bring me happiness. But guess what? It didn't. 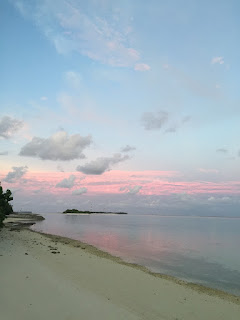 Don't be mistaken, I could see the merits in my adventures, and truly felt grateful for my life, but I lacked a deep sense of fulfillment which created a massive amount of confusion and suffering within.

One night, as I was sitting in my dark room in paradise [visualizing my escape to some other paradise that most surely held the answers], I received a call from my best friend in the States. She had just given birth to her first baby and was regaling me with tales of motherhood. I rattled off a few stories of my own about whatever beach I'd just landed on and most likely a whale shark I'd seen diving. I told her about my boyfriend whom I'd followed across the Indian Ocean, and my job as a yoga instructor on a platform floating in a crystal lagoon that couldn't help but inspire a peaceful practice. She said it all sounded amazing, to which I replied, "Well, I have love and I have yoga, but it isn't enough."

As soon as the words left my mouth, it was almost as if they turned right back around and punched me in the face. How could I express such an ungrateful statement...and out-loud at that?! Our conversation carried on, and although my best friend didn't think twice about what I'd said [I know this because we discussed it a year later], I knew that statement had just plummeted me off the precipice into some serious existential self-examination.

LOVE and YOGA... weren't those two of the major new age mantras that books like Eat, Pray, Love were written about? Those two words alone inspired millions of unhappy, newly divorced women like myself to go off on phenomenal adventures around the world, blogging and Instagram-ing about their spiritual lives for all of their Facebook acquaintances to covet. Hell, even I was hashtag-ing the shit out of things. Hashtag gratitude. Hashtag blessed. Hashtag WAKE UP!

I'd designed every single aspect of my life exactly how I thought I'd wanted it to be, so what was the deal? Being sad on the East River was no different than being sad on the Ganges. The same frustrations I'd felt at my jobs in Manhattan had followed me to two separate "dream jobs" in the Maldives. And you know the only common denominator between all these people, places and things? ME. All these years of travel, seeking when I didn't even recognize that I was seeking, led me right back to where I began. My Self. It didn't matter that I'd climbed tall peaks in India or floated in salty seas below sea level, the farthest distance I ever needed to travel was between my head and my heart. 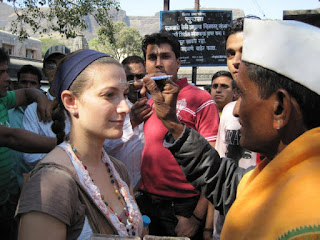 I know this is not a new or unique concept. It had been taught to me time and time again by people who were braver, smarter and more awake than I was...it just didn't make sense until I got there on my own. And once I arrived, oh my! It wasn't immediate peace. It was more like immediate pain, colored with a sense of relief and understanding. That knowledge of my truth, that no matter where I went I would still be there, suffering or celebrating, was all my choice. And slowly, slowly, I found peace- which was way more lasting than happiness.

I'm not here to say that traveling didn't serve an enormous purpose in my life. In fact, it cracked me open in unimaginable ways. Traveling connected me deeply to different people from all around the world and opened my heart to untapped levels of compassion that I never knew existed within me. I learned that my "normal" was not universal. I felt like a child again, full of wonder as I navigated cultural terrains I'd never played in before. I fell madly in love with the common thread of humanity I saw in every different group of people that I laughed and cried with. As someone who shunned the American Dream and for years romanticized living the ex-pat life, I learned to see the nuances of my own culture and fell in love with it from a fresh perspective.

I'd be lying if I said the peace I discovered in the Maldives has been constant in my life. It's been a daily choice to maintain my awareness of self amidst a labyrinth of self-imposed mind games and worldly temptations. Some days I succeed, other days not so much. And I most definitely still have the itch to see the world, [as they say, old habits die hard] but I've developed an equally strong desire to literally lay roots in the Earth and ground myself in one place I can call hOMe.

Last Spring, I found myself back in Thailand, assigned for the night to the first bungalow I'd moved to on Koh Phangan. Three years had passed since I slept under that exact roof, and I was struck with a barrage of emotions that left me feeling equal parts damaged and healed, refined and a total fucking mess. So much had happened in those three years and here I was, same same but different.

It was that night that I penned the following words. A letter to myself that pretty much summed up my experience traveling. 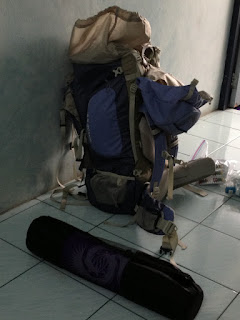 Dear Single Female Traveler
With your big backpack in tow
Did you find what you were seeking?
Were you aware enough to know?

You said it’d only take a minute
To see what the world would show
That you’d return to home quite quickly
But, dear, that was 3 years ago.

And let’s talk about this “home”
It’s more abstract as time goes by
When people ask you where you come from
It seems irrelevant to reply.

So you focus on your projects
Education on the road
Maybe distractions have more meaning
Than any address you can hold.

You’ve experienced great wonders
Seen the world in brand new ways
Sensitivities developed
In spite of being a cliché.

You got comfy being solo
Can sit all day on your own
Enjoy the benefits of silence
And aren’t afraid to be alone.

You’ve dabbled in personas
Spiritual seeker, party girl
And adorned the latest fashions
on location in the world.

But the longer that you globe-trot
Drives the notion further home
No amount of worldly exploration
Solely changes what’s your own.

Whether it’s yoga in the mountains
Or dancing all night on the beach
All that seeking in different places
Led you right to what’s in reach. 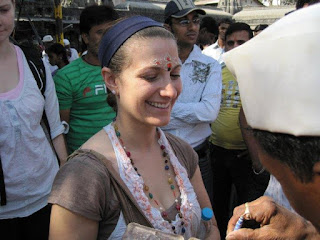 Posted by mylilbackpack at 7:15 PM No comments:

mylilbackpack
I acquired the nickname "my lil backpack" in college, but I didn't know how relevant it would be almost 10 years later when I decided to trade in my life as a New York City dweller and live out of a backpack in Asia. I intend to spend the next year of my life in the following ways: learning Thai massage, learning how to surf, learning how to ride a scooter (so I can eventually ride a motorcycle in NYC), practicing yoga, building my Shaklee business, smiling, dancing, singing and having a real gooood time. I'm ready for the ride...